The Animation Program provides students with a unique opportunity to experience a broad range of possibilities within the world of animation. From fine art to digital animation, this program encourages students to explore their potentials, and bring movement to their artwork through an intense and rigorous curriculum. CSSSA Animation students learn diverse experimental and traditional animation techniques under the guidance of leading artists in the field. They study the history and work of animators from all over the world, they participate in figure drawing classes, and they learn from professional animation artists. Animation students at the summer program are dedicated, hardworking, and open to new ideas. The Animation Department is very competitive; typically, only one-in-three applicants each year are invited to become Animation students. 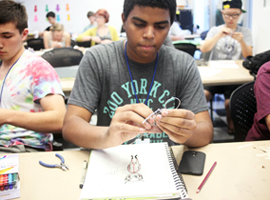 CSSSA Animators spend Mondays through Saturdays in workshops and classes on animation, storyboarding, life drawing, digital animation, and other related subjects. They also attend screenings of animated films (historical, contemporary, international and experimental), and additional workshops on subjects such as stop-motion. Students complete several projects during the program, involving traditional, cutout and digital animation techniques. Over the course of the session, each student produces five animated projects. At the end of the program, they have acquired an extensive toolbox for expressing themselves through the art of animation. 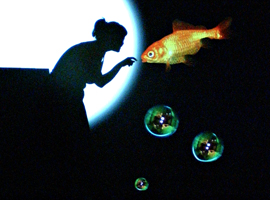 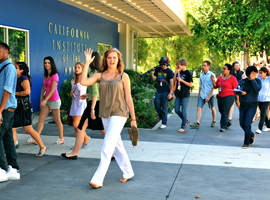 The department takes at least one field trip each year. This outing emphasizes observation and drawing from life; and often also concentrates on exposing the students to local museums and/or animation studios. Past drawing field trips have included the Los Angeles Zoo, Venice Beach, La Brea Tarp Pits, Olvera Street, Hollywood Forever Cemetery and the Museum of Jurassic Technology . The students have also visited the Los Angeles County Museum of Art and animation studios such as Nickelodeon, Chiodo Bros., New Deal and Titmouse Studios.

Kati Angelov is an international animator/educator who is currently the Chair of the Media Arts Design department at Cypress College. She has been teaching over 15 years in different animation schools and is passionate about education. She holds an MFA in Animation and Digital Arts from the School of Cinematic Arts at USC.
Kati’s particular area of interest is Motion Design and emerging technologies such as Projection Mapping. Her professional experience is in Motion Design, 2D Animation, Character Design and Illustration. Her employment history includes The Annenberg School of Communication, The Labyrinth Project, HUCK magazine UK, and the Walt Disney Company.
Kati is an active member of ASIFA-Hollywood, Women in Animation and is the steering committee member of the ASIFA-Hollywood Animation Educators Forum, an international organization dedicated to the fine art of teaching animation. She has been a jury member for both international ASIFA college scholarship and faculty grant applications as well as for the 44th Annie Awards. Kati’s independent animated films have been shown internationally in festivals such as the Annecy International Animated film Festival and the World Festival of Animated Film-Zagreb, and were broadcasted on US Public Television.

Triton is an artist, educator, and researcher in new media. His practice and doctoral research examines long term socio-economic and cultural implications of big data on marginalized communities both domestic and abroad. Triton’s interventionist and guerrilla campaigns have been exhibited at Art Basel Miami, Art Miami, and staged in Boston, New York, Providence, and Japan.

Triton has been a new media educator for over 13 years, often finding himself on the frontier of technological modernization in secondary education. In 2005, he was chosen as Miami-Dade’s Rookie Educator. In 2006, he collaborated with RISD’s Teaching+Learning in Arts+Design to create the Digital Project Open Door, a new media art after school program. In 2011, he was invited to build the first new media arts programming for Friends Seminary in New York, and in 2014 he was awarded a S.T.E.A.M in education grant to conduct research at the Museo Nazionale Scienza e Tecnologia Leonardo da Vinci in Milan. Triton was also invited
to redesign and implement RISD’s Summer Graphic Design Program from 2011 to 2017.

Triton received his MFA in Digital+Media from the Rhode Island School of Design. He is currently an Annenberg Fellow at USC pursuing a PhD in Media Arts + Practice. Triton’s latest project is the SafeSpaces Campaign, A socially responsive design platform that reimagines the functionality of public infrastructures through community based collaboration to address gun violence.

Layal grew up on the shores of the red sea, drenched in the red-hot sun of the Arabian Peninsula. She was a little dreamer building worlds and sipping pretend tea while sneaking treats from her grandma’s bakery. Her love for color, magic and wonder brought her to where she is today.

As a Whimsical Illustrator residing in Sunny Southern California, she earned a degree in Media Arts and Animation and started freelancing as a children’s book illustrator, and a surface designer while at school. She continues to grow and participate in galleries locally and internationally. In 2017 she earned an MFA in Illustration from CSUF and started teaching in 2015. Layal is involved in projects both in the local art scene as publishing 15 books by the end of 2017 globally

Esperanza’s interest in the arts began with music playing flute in concert and marching bands from elementary school to junior college. Although Esperanza discovered an interest in animation at an early age, her passion was music. Her past interest in animation was revived when she completed a stop motion animated short for her high school senior project. After viewing The Nightmare Before Christmas behind the scenes documentary, young Esperanza knew she wanted to pursue a career in animation. Esperanza applies the discipline and valuable lessons she learned from her music teachers to how she approaches filmmaking. While earning her bachelor’s and master’s degrees at the University of Southern California’s School of Cinematic Arts, she completed five films. Two of her films, Blossom and The Bus Ride, have been screened internationally at film festivals. At Stoopid Buddy Stoodios in Los Angeles, California, Esperanza worked as an animation assistant and animator on shows including Bratz the animated web series, Supermansion Seasons 1 and 2, and Emmy Award Winning sketch comedy show Robot Chicken. Esperanza continues to focus on stop motion and computer animation post graduate studies as she pursues her passion of educating the next generation of artists and storytellers

Lindsey Serata was born and raised in sunny Los Angeles, California. Growing up, she could always be found at a table, Crayons in hand, creating her next masterpiece. At age 7 her parents enrolled her in drawing classes, and oil painting followed a year later.

At California State University, Fullerton Lindsey studied Fine Arts with a concentration in Illustration, focusing on visual development for animation. At the start, she avoided the increasingly digital world of animation in favor of traditional mediums. However, digital art classes were required for her major, and she fell in love. Upon graduating, she traveled to Florence, Italy for additional courses in plein air painting and figure drawing. Today, Lindsey uses nature and characters as her main focuses in art.

As a product designer, Lindsey spent 3 years in the paper craft industry, designing for stores like Hobby Lobby and Michaels. Currently, her designs are sold by apparel and home decor brands worldwide. Lindsey is now building her own craft brand, drawing influence from her distinct areas of work and study.

Steve is an animator, VFX artist, illustrator and writer born in Dayton, Ohio with a BFA from the School of the Art Institute of Chicago. His work has been screened at SXSW, Sundance, the Hammer Museum, CNN, Netflix, iTunes, Crackle, and elsewhere. Steve co-wrote and was one of the VFX compositors for award-winning short film “Genghis Khan Conquers the Moon” (2015). Steve co-created the animated series, “Leila” for Moroccan broadcast TV network SNRT in 2010-12. His other work includes, Stoopid Buddy Stoodio, as a visual effects artist on “Super Mansion,” for Sony Crackle, Adult Swim’s “Robot Chicken” and various commercials including Denny’s, Lego, and Goldfish Crackers. Between ongoing freelance animation and vfx work, Steve currently has several feature scripts in development along with a graphic novel entitled “Lucifer’s Losers.”

COVID-19 UPDATE: CSSSA is planning to be in-person for the summer 2022 session. Find out more.